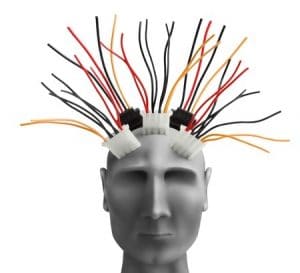 In this day and age when almost any part of the human body can be artificially replaced in some form or other you’d think the same would apply to hair. After all, if doctors are replacing complicated parts of the body like knee joints, hips, hearts and ear lobes then surely synthetic hair is a synch, right? Think again because it appears that little progress has been made in the synthetic hair industry since its poor showing in the 80s and to this day the US Federal Drug Administration (FDA) wants no part of it.

For starters, synthetic fibers don’t grow along with ‘natural’ hair so of course this leads to all kinds of aesthetical problems that would seem to defeat the object of the procedure. Not only that but during the eighties when synthetic hair transplants hit the market, other more sinister problems arose. As the procedure involves inserting artificial hair – upon which the hair is attached – into the scalp, a veritable Pandora’s Box of complications was opened. Infections, artificial hair rejected by the scalp and severe scarring among other issues arose; leading to fraud lawsuits, both genuine and opportunistic, virtually doomed the industry to failure.

Still Seen as a Viable Option by Some

Banned in 1983 by the FDA, synthetic hair transplants were thought to be all but finished, however, the practice is still an accepted form of hair replacement in much of Europe today. Despite the many flaws of the procedure, it appears that the market is still flourishing in some parts of the world and many recipients of the implants are more than happy with the results. Advancements have been made and the damaging results of the eighties seem to be all but forgotten.

As it stands, the FDA is currently considering two newer and safer forms of synthetic-hair implant, Nido and BioFibre, both already certified in Europe. Both companies utilize a safer synthetic material for implants, a polymide equivalent to the medieval monacrylic, polyacrylic and polyester fibers of the 80s that were blamed for allergic reactions and infections galore.

Does this mean that synthetic hair fibers are now a more viable and safer option for sufferers of hair-loss? The jury is still out on that score as the fact remains, these fibers are artificial and unlike synthetic joints or cartilage which work with the body, still cause all kinds of side-effects.

The Problem with Synthetic Hair Fibers

Aside from the many issues cited by the US FDA in 1983, such as questionable information and marketing practices, lack of health benefits and complications arising from the non-biocompatibility of the fibers, there remain clear risks to the health and well-being of synthetic hair fiber-recipients.

Here are just a few of the side-effects:

Not everyone has suffered from the above issues but the fact remains, these problems affect far too many to be considered minor irritations. Whilst these risks remain, synthetic hair fiber implants will be considered a much less viable option than the natural ‘hair-transplant’ equivalent.